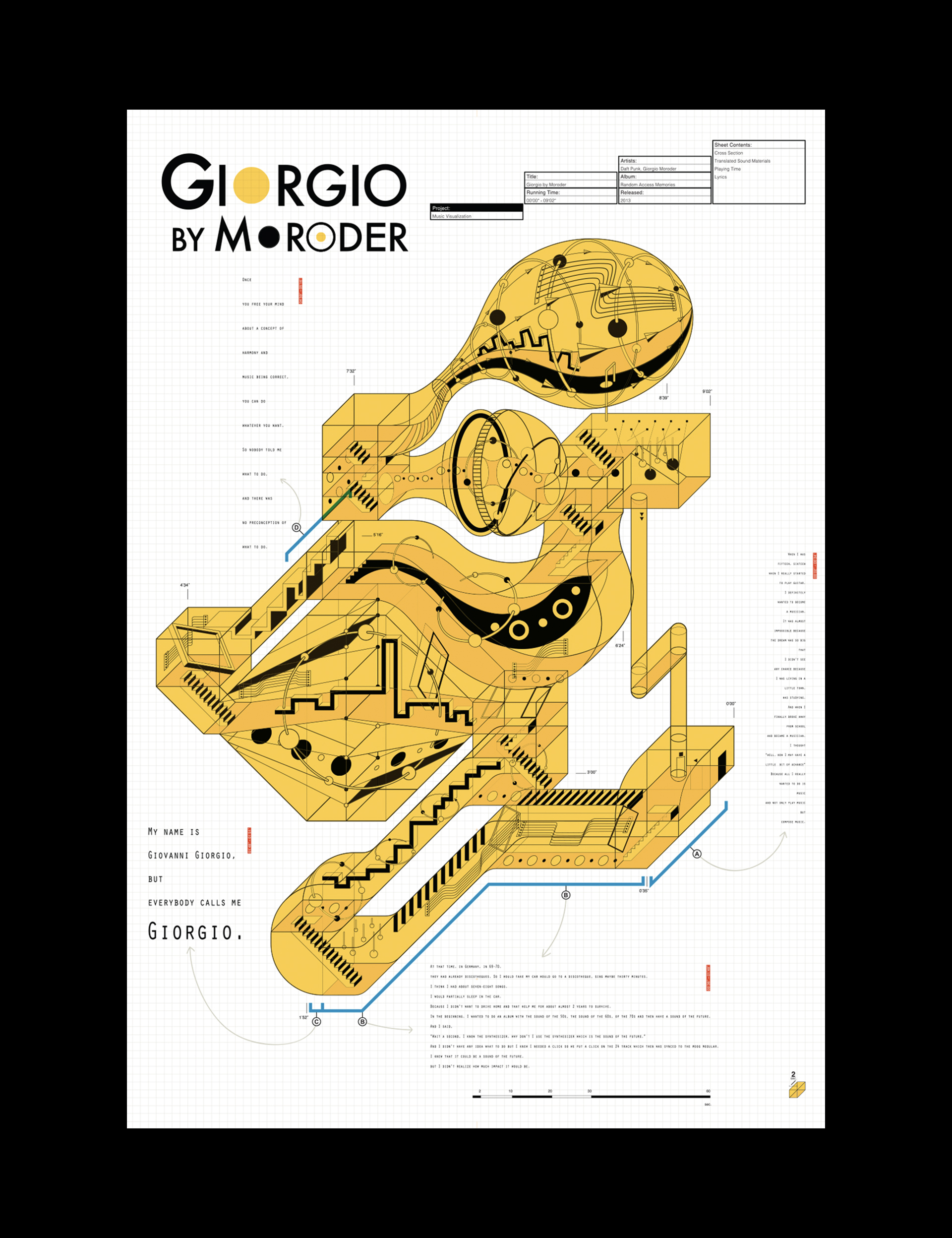 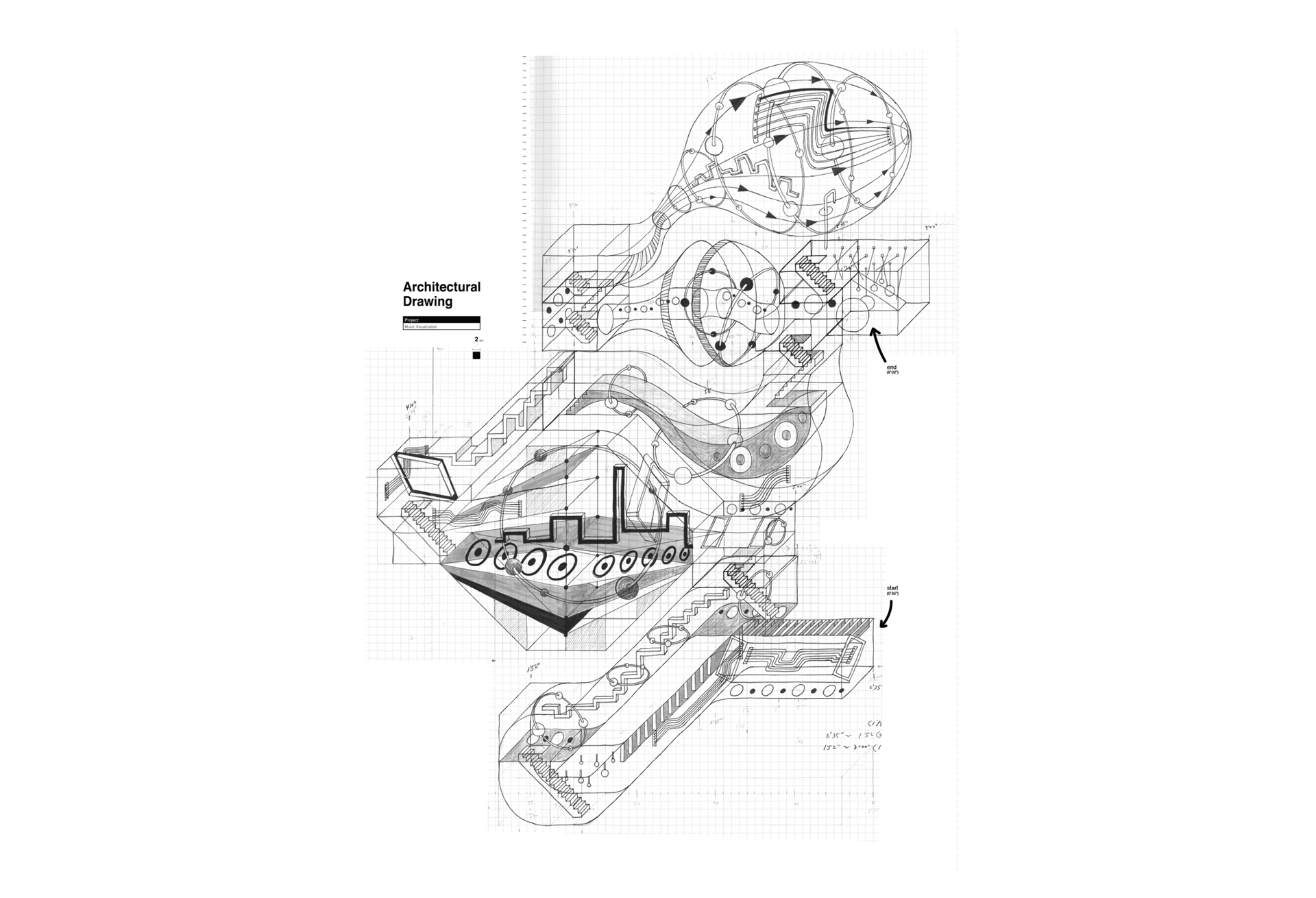 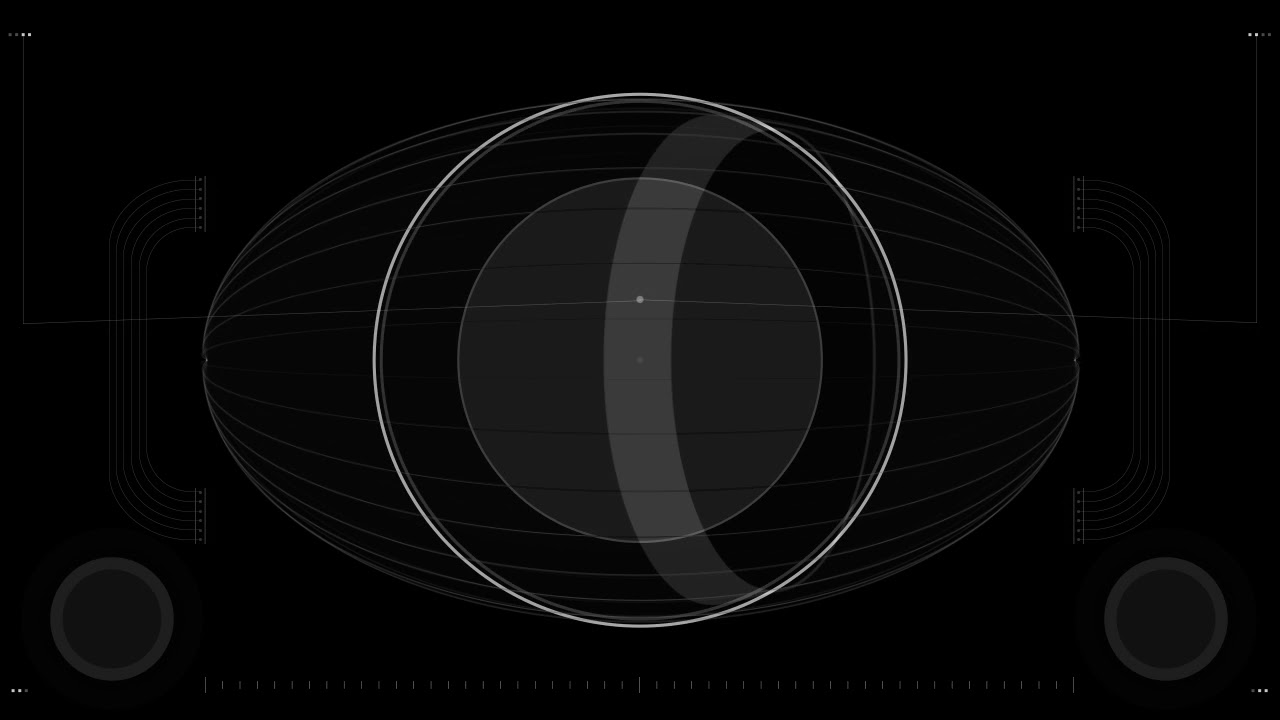 These works show the all sound materials the music of 'Giorgio by moroder - Daft Punk' contains. 'Architecture' is a main concept to represent the music composition as I found structure of building and composition of music could be similar in that the both have been created by composing various materials in some kind of mathematical way. The images basically come from the visual concept what I have developed to make the moving image work. I have tried to place the created musical signs on their exact position in the music, so that audience could read how the music proceeds. And a motion graphic project 'Music Visualization' is also to experiment translating sounds of music to graphic language. The visual concept of the video is the synthesizer that Giorgio mentioned in the song. I've researched and applied graphic elements that come from the synthesizer's instruction manuals.